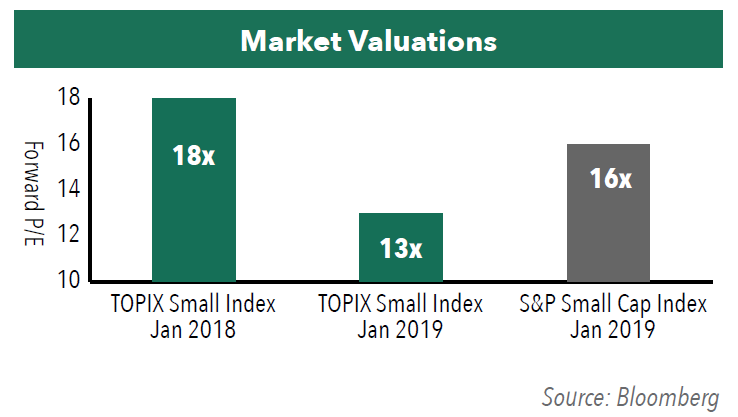 Would you please give us an update on progress with structural reforms?

The Japanese government made good progress with structural reforms in 2018, especially with labor market reforms. New rules were aimed at reducing the long hours worked in Japan, seen as the primary cause of the country’s low labor productivity. Reforms passed in 2018 included:

Other reforms were also passed in 2018, including a revised corporate governance code, which calls for clear management succession plans, greater diversity in the boardroom, and further reduction of cross-shareholdings.

With consumer confidence drifting lower over the past year and Japan’s sales tax set to increase this year, what is your outlook for consumption growth in 2019?

We believe consumption was temporarily depressed last year by several natural disasters, including an earthquake and typhoon. An increase in the gasoline price as a result of the weaker yen and high oil price also impacted consumer spending. With the labor market continuing to improve, and employment levels very high, we expect that consumer spending will bounce back in 2019.

The planned October 2019 consumption tax increase from 8% to 10% will be offset by other tax breaks and exemptions on frequently purchased consumer products, such as groceries, and therefore, we expect the impact on economic growth will be small.

How dependent are the Fund’s holdings on the domestic Japanese economy?

What is your outlook for the Japanese markets heading into 2019?

We are optimistic about the outlook for Japanese equities and especially small-cap stocks in the coming year. We believe corporate earnings for small to mid-cap companies have room to grow as a result of the return to a more normal inflationary environment, thereby giving companies the ability to raise prices. In addition, deregulation, higher standards of corporate governance, and a new emphasis on return on investment is creating growth opportunities for agile, smaller companies.